What Is Blockchain Technology? 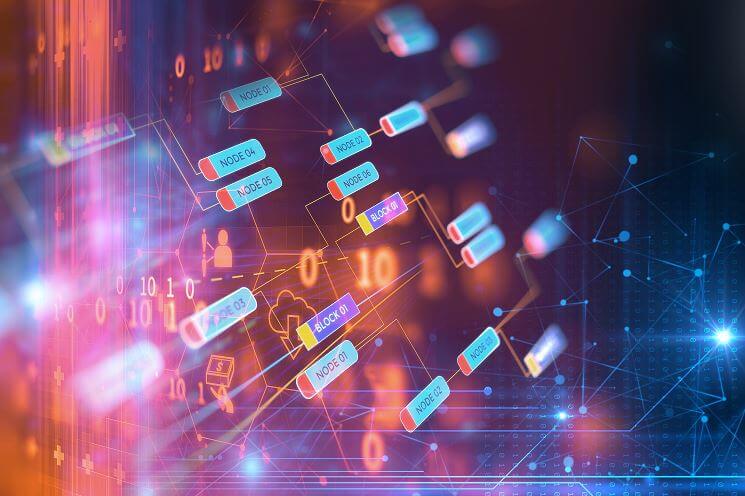 What Is Blockchain Technology?

When most people hear blockchain, they immediately think of bitcoin. Blockchain architecture is the main reason behind the success of the cryptocurrency sector and the best cryptocurrency apps like Coinbase. It is now considered a prevalent technology. Suitable for application and optimization of all types of processes within different structures.

The idea behind the technology is to reach a higher level of security. By decentralization which is achieved with the help of a network. Built from separate nodes where each node can be a user’s computer, for example.

It consisting of a set of records (also known as “blocks”). They are linked together with the help of cryptography. Storing copies of the records all around the network means that there is no possible risk of losing information.

brings bring transparency. Because everyone on the network can check the copy of the blockchain, stored on his computer.

Because the information can be recorded and distributed, but not modified.

Whereas most technologies tend to automate workers on the periphery doing menial tasks. Blockchains automate away the center. Instead of putting the taxi driver out of a job, blockchain puts Uber out of a job and lets the taxi drivers work with the customer directly. – Vitalik Buterin, Co-founder of Ethereum and Bitcoin Magazine

KPMG’s research quantified the expected benefits of blockchain adoption. The results are as follows:

One of the best characteristics of blockchain architecture is its robustness. Up to date, there is no reported point of fail. But why is the blockchain considered a nearly-perfect technology?

The History of Blockchain Technology

The first idea of a blockchain-like cryptographically-secured system was born way back in 1991. The idea was to provide incorruptible, transparent and efficient technology. In its current form, the blockchain architecture appeared for the first time in 2008. It was when Satoshi Nakamoto came up with the idea of bitcoin.

His main concept was to create a “purely p2p version of cash”. To achieve that, he decided to refine the initial idea of the blockchain. The innovation that helped the ledger technology become what it is today was:

That way, over time, the blockchain architecture started instilling trust. It was establishing itself as an efficient and transparent way to optimize operations.

The Current State of the Blockchain Technology

Blockchain technology and architecture have not even matured yet. But we are already witnessing how it can improve our economy and the way we run our businesses.

Blockchain became famous due to its crucial role in the rise of digital currencies. Nowadays it has proven efficient in many other niches as well. The success and the hype around the cryptocurrency industry just helped companies. From various industries recognize the advantages of blockchain architecture.

Today, its blockchain architecture is applied in many industries. For the optimization of a wide range of processes. But we will divide them into two groups:

At first, the blockchain technology appeared within the digital asset sector. It is now adopted for a wide range of tasks within all types of companies. One of the most popular applications is for data collection and storage. That’s because it provides a nearly-perfect alternative to the cloud storage services.

Blockchain architecture is starting to evolve as a preferred way to manage information. Within governments, regulatory authorities and high-profile institutions. The blockchain adoption is eased further by the idea of smart contracts. Smart contracts are the digital version of a real contract in its physical form.

Due to its decentralized nature, the distributed ledger technology has the power to prevent all types of frauds. Which makes it a perfect solution for handling crucial tasks and processes. Like transaction authorization, identity verification, electronic voting, etc.

These computer protocols can ease and verify a certain transaction. Blockchain architecture processes are trackable but irreversible. That’s without the need for third parties. In business, smart contracts are used with the main idea to make it easier to track. Whether different parties act by specific terms.

Blockchain Architecture Makes Sure That the Contractual Terms Are Implemented

At least once all pre-set conditions are met. One of the most common forms of smart contracts is developed under an IFTTT code. If this – then that logic can execute itself upon pre-defined rules.

But what are the real-life applications of smart contracts? Smart contracts are used in the health care sector. For example, where patients’ information is stored under a private key.

That way each patient has its own, easily accessible medical history. Smart contracts also help streamline the communication process between:

Once a patient goes through a surgery, the information goes to the insurance company. It happens as a proof-of-delivery. Digital contracts are used for general management issues. Such as drugs supervision, regulatory compliance, supply management, result testing, etc.

They are often used in the music industry as well. Smart contracts can help solve problems like:

by creating a decentralized music rights database within blockchain architecture.

Blockchain Technologies within the Financial Sector

The financial sector is progressively leaning towards blockchain technology. The reason for that is not only the cryptocurrency asset class. In fact, it helps financial institutions streamline their operations in many different ways.

Usually, the settlement procedures are expensive and somewhat risky. Particularly those of cross-border transactions. That is all because the process involves many parties. Such as brokers, custodians and settlement managers.

Each of them is required to keep personal transaction records. This significantly increases the costs and the risk of potential errors. Some of the fastest growing companies worldwide rely on blockchain and artificial intelligence. For example, Trade Ideas currently ranks #3012 in the INC5000 2018 with a 3-year growth rate of 134%.

The blockchain technology benefits the investors by removing the need for intermediaries. They are streamlining the whole process. The transaction process becomes more efficient. And it helps to reduce the costs for authorization and settlement procedures.

A large number of investment apps are already using this technology. The biggest investment houses will soon launch their first products on the market. It remains to be seen what role classic brokerage accounts will play.

By Encrypting All Stored Records, It Significantly Minimizes the Risk of Errors

In the insurance sector, the blockchain architecture helps optimize the claim processing activities. Manually-handled time-consuming tasks such as:

need a significant amount of work which means that there is a large room for errors. Through encryption, the blockchain architecture helps insurance companies. It identifies the ownership of a specific asset in an easier, risk-free and very transparent way.

The Future of Blockchain Technology

The blockchain technology is expected to become the dominant infrastructure. Within private and public organizations. The rapid technological development means that we would need to store more and more data.

But it is not only about the volumes. The storage should be transparent, robust and efficient in every possible aspect. Blockchain provides all that.

Finally, it seems that we have an all-in-one solution.

Future projections do also confirm that:

The distributed ledger technology will continue to improve the way information is stored. Blockchain architecture will streamline:

Blockchain architecture has proven to have exceptional potential. Some of the biggest companies already recognize this potential. They launched their blockchain programs.

and plenty of others are all involved with the technology. Some of them are investing in it. Others are running accelerator programs for startups. One thing they all have in common is that none of them is letting blockchain architecture pass by. They are taking advantage of it.